On the day a global star was born and the day that changed the oldest and grandest monarchy on the planet, Gina Nelthorpe-Cowne, Managing Director of the agency to the stars – Kruger Cowne, attended the royal wedding of her friend and former client, Meghan Markle, or the newly-minted Duchess of Sussex as she will henceforth be known. 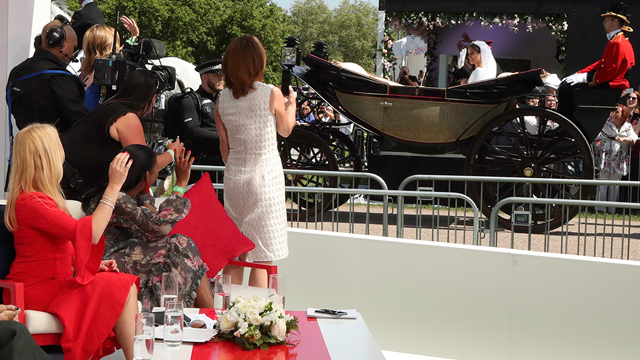 It was a day of beauty and splendour, a high-octane occasion of ceremony and sensation, an electric atmosphere.

“I arrived in Windsor early on Saturday morning,” Gina says, “and was surprised by a blanket of mist hanging over the town and the Castle. It was as if Camelot had come to life.”

Everything conspired to make Meghan & Harry’s day the perfect day, – even the untrustworthy British weather. There wasn’t a whiff of a cloud in a sky that could have been painted by John Constable.

Gina attended the wedding of her friend for Sky Television, and spent a lot of the day on the Sky Television set being interviewed by Kay Burley.

With Gina was the designer Amanda Wakeley, also a valued client of Kruger Cowne, amongst many other pundits who joined them on the sofa for a chat.

“It was the most fabulous day, a real fairy-tale come to life,” is how Gina describes it. The occasion was also marked by much emotion, which everyone who was there felt. We all knew that this was a bit of history in the making, and also the moment the Royal Family took a big leap into the future.”

Meghan is the first bi-racial woman in history to become a senior member of the Royal Family. Gina got to know her Meghan’s likes and dislikes over the years that the two of them travelled the globe for commercial work as well as charitable causes.

“She has always been a champion of things like gender equality, civil rights, animal protection and the environment, a society without prejudice. She couldn’t have dreamed of a better demonstration of these causes than her wedding, “ Gina says. “Meghan has said to me many times that she would like to work towards a society where prejudices and judgements don’t exist. I believe she will dedicate herself in her new role to this.”

In Gina’s front-row seat overlooking the idyllic grounds of Windsor, the oldest and biggest Castle in the world, she smiled to herself as the bride emerged to show off the wedding gown which no-one saw coming.

The sleek, modern, unfussy design of Clare Waight Keller for Givenchy was exactly what Gina had been expecting. “Meghan has a natural flair for fashion, and an innate sense of style. I knew she would choose a dress to reflect her own style, and not something to please the crowds or the crown. And don’t be fooled by the simplicity of that dress – it would have been painstakingly constructed by the world’s very finest seamstresses to achieve that drop-dead elegance. The experts are saying that it would cost around £200,000 – that alone tells you what would have gone into the making of Meghan’s wedding dress!”

Meghan and Harry’s perfect day included a whole clutch of mega-stars from the arts and sports world, aside from the Royals and their friends. Many of them are clients of Kruger Cowne, and together they created the best fashion parade ever, Gina jokes.

Star of the guests was Amal Clooney in her mustard-coloured ensemble. ‘She turned heads as far as she went,’ Gina says. “Also Earl Spencer’s wife Karen Villeneuve who appeared in the most beautiful violet dress with a perfectly-fitted bolero jacket and matching hat. Another of Kruger Cowne’s clients, Joss Stone, looked pretty in her sleeveless florals and feathered fascinator”.

Idris Elba and his fiancée added to the glamour with their matching Gucci outfits in ink-blue, and Serena Williams and Oprah were bang on trend with their dusty pink and nude dresses, Serena in Versace and Oprah in Stella McCartney.

Gina herself was dressed by Sassi Holford and wore a magnificent red french crepe dress accessorised with diamonds by Angel of London.

Other stand-out moments of the day for Gina was the somewhat lonely figure which Doriah Ragland cut. ‘Sitting there in the grandeur of St George’s Chapel, she was clearly emotional, – who wouldn’t be -, and my heart went out to her when I saw that she didn’t have an immediate friend or family member who could be there with her at that greatest of moments.”

“But Doria is firmly in the Royal fold now, and I am certain that Prince Harry will make the finest son-in-law any mother could hope for.”

Everyone at Kruger Cowne wishes the Duke and Duchess of Sussex, or Meghan and Harry as they prefer to be, the very best for the splendid life they have embarked on.

Gina personally wishes Meghan the happiest of marriages and the most fabulous time working together with Prince Harry on their joint visions. 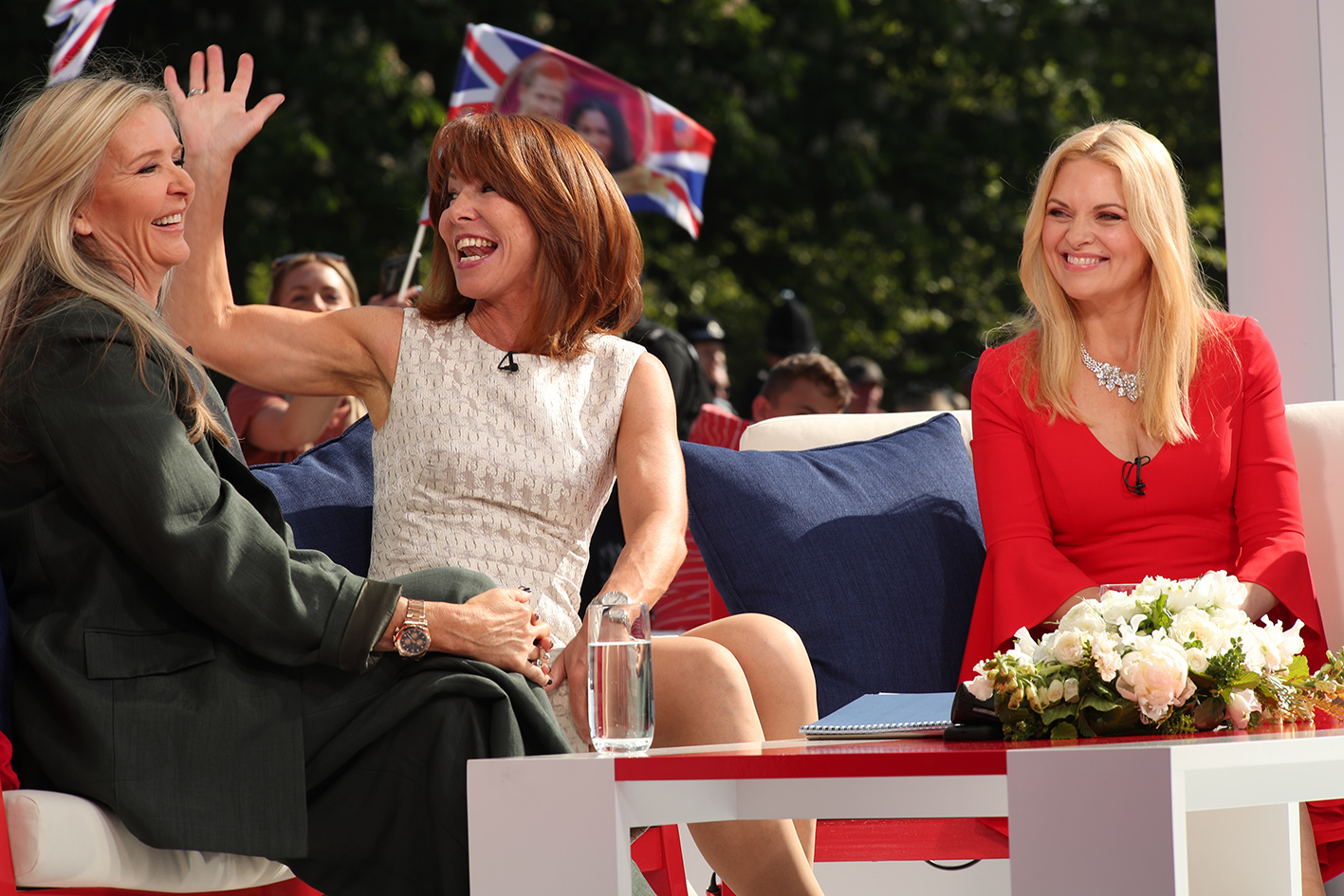 Share this post on
previous: Are we progressing or regressing? next: John Simpson honoured by Exeter University
Your Shortlist