Angelica Cheung, the founding editor-in-chief of Vogue China, is described by Forbes magazine as “the high priestess of China’s fashion scene”.

Cheung presided over the prestigious magazine’s launch thirteen years ago and has seen it become the most influential fashion publication in the country, featuring the work of international A-list photographers, models and stylists. Vogue China’s phenomenal influence and industry clout has gained her respect and admiration throughout the global luxury industry.

Cheung is regularly called upon to share her insightful thoughts on China luxury, and to tell the story of how Vogue China became one of the world’s most successful magazine start-ups. Under Cheung’s stewardship, Vogue China has championed Chinese models and designers, as well as featuring covers with internationally-renowned names such as supermodels Kate Moss, Gisele Bündchen, Gigi Hadid and Bella Hadid, Kendall Jenner, movie stars Nicole Kidman and Scarlett Johansson and designer Victoria Beckham.

The monthly Vogue China boasts a readership of 2 million. The magazine’s mobile products have another 1.3 million daily users, with more than 12 million people following on Chinese social media accounts. Cheung’s personal account on the widely-read weibo platform has around 6 million followers. In addition to the main Vogue China magazine and social media channels, Cheung also launched the hugely popular Vogue Me, aimed at millennials, and Vogue Film, which has featured all the Chinese A-list movie stars.

Cheung is an eloquent, engaging and dynamic public speaker who has a unique perspective on the China luxury industry and the broader issues of establishing – and maintaining – a brand presence in the world’s fastest-growing economy. The editor, who had a distinguished career in newspapers, magazines and radio, before launching Vogue China, has been the subject of profile stories in The Times of London, the Guardian, Forbes and on CNN and BBC television and radio.

Cheung, a graduate in Law and English Literature from the prestigious Peking (Beijing) University, and holder of an MBA from the University of South Australia, began her journalistic career in Hong Kong, where she became editor-in-chief of Marie Claire, later moving to Shanghai to take the helm of the Chinese edition of Elle.

She is also often requested to speak about the challenges involved in balancing a high-powered career with a harmonious family life. 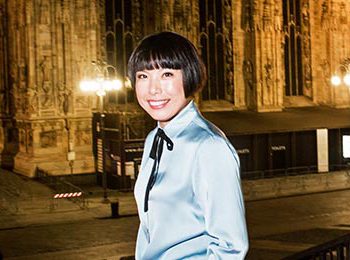 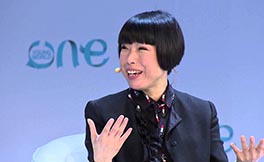 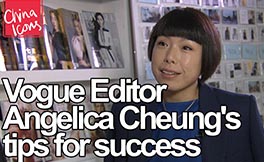