Baroness Brady of Knightsbridge CBE is one of the most influential and high profile business leaders in the UK.

Starting at Saatchi & Saatchi, she quickly moved to LBC as a sales executive before joining David Sullivan’s Sport Newspapers Ltd, becoming a Director within a year. In 1993, aged just 23, she was appointed MD of Birmingham City FC. She turned Birmingham City FC around and negotiated the club’s sale in 2009 for £82 million.

In 2010, Brady was appointed Vice-Chairman of West Ham United FC, and led a successful deal for the club’s move to London’s iconic 54,000-seat Olympic Stadium.

She has been voted Business Woman of the Year, Ultimate Entrepreneur and rated among the 50 most inspirational people in the world.

Karren is a world-renowned speaker and has worked in over 30 countries, motivating and advising global businesses through her award-winning speeches. To date, Karren has written five books, these include novels and business titles. She is the author of Sunday Times best-selling autobiography Strong Woman. She has also appeared on the BBC’s The Apprentice and is a leading voice, contributor and commentator on business affairs and a variety of news programmes. 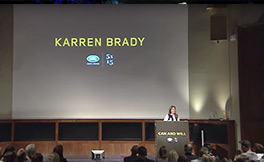 ‎As one of the UKs leading hospitality brands we recently engaged Karren to deliver a keynote speech at our annual conference in Manchester for circa 2200 delegates. Karren’s speech was totally ‘on-message’ and really resonated with our team members. Karren’s appearance created a real WOW for our team members Costa Coffee” 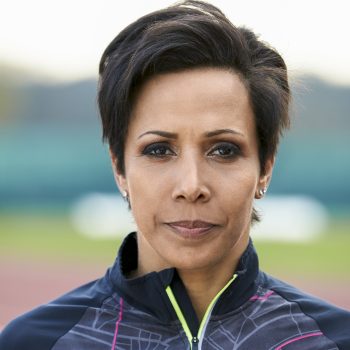 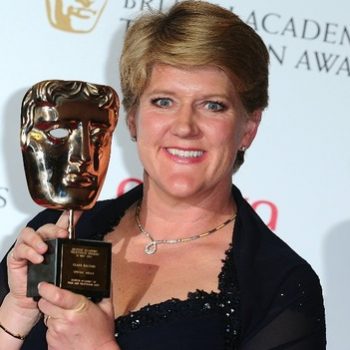