Can Conflict be Constructive? 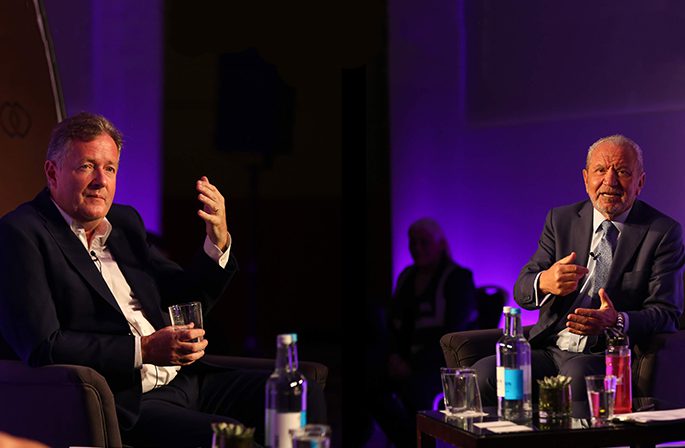 It’s generally human nature to try and avoid conflict wherever possible, especially if we see it as somewhat unnecessary. However, there are some situations where conflict, including conflicting opinions, can be highly beneficial. Not only does it open our minds to other perspectives and points of view, but it can also help us to develop our characters and enrich our already existing opinions.

However, some conflict can occur which can be destructive, and this is often the type of conflict that people will do their utmost to avoid. This type of conflict and criticism is often what the general public will see on television talk shows or social media, especially.

As social networking platforms such as Twitter are expanding their user base, it is rapidly becoming a very public way of voicing an opinion, and receiving many back in retaliation, all within a matter of seconds. The larger your following, the more likely you are to come into contact with opposing views. Celebrities are often the ones to receive the most backlash from something they have posted online, and it doesn’t always come from the general public alone.

Piers Morgan and Lord Alan Sugar are an example of this. The pair have come from different backgrounds and often have clashing views over certain topics. However, they’re both just as quick to retaliate against one another’s tweets. With many believing that the duo are actually very good friends who respect each other’s views, there are others who think they really are at constant loggerheads.

Many would consider the conflict between Morgan and Lord Sugar as constructive, as it’s believed the two have a mutual respect for each other. However, there are some who believe it to be slightly destructive simply by drawing on The Strawman Fallacy.

For example, if someone says “we should give students better studying resources”, someone who is using the Strawman Fallacy may then say; “I think that’s a terrible idea, we shouldn’t be giving A’s out to everyone”. This fallacy can be used subconsciously, whereby we only hear what we want to hear in order to get an opposing opinion across which may not be relevant to what was said in the first place. However, the Strawman Fallacy can also be used consciously, mainly as a tactic to win debates and discussions. Many believe that this is often the case when Lord Sugar and Morgan hold differing views, and choose to share it on social media and subsequently with the general public.

Although two very different things, they can help one to see and respect the views and opinions of others, regardless of whether we agree with them or not. Where promoting constructive conflict can prove to be beneficial to the world of intense debate and heated discussions, critical thinking allows us to think more widely before opening our mouths to speak. When these two concepts combine, it enables us to hold meaningful discussions with realistic, civil conclusions, rather than the debate coming to a horrible, bitter end.

As mentioned previously, this enables others to hold a more informed, open-minded opinion, as well as having respect for the views of an opposing side, regardless of what the topic may be. Practicing constructive conflict can even help to promote team-building skills, enabling tactful speaking and listening, especially when listening to the views and opinions of others.

What is critical thinking?

“Critical” can mean a variety of different things, it can refer to and emphasise the importance of something, or it can highlight negative aspects or elements of something. When practiced properly, critical thinking can prove to be highly constructive, helping to improve certain situations or even pieces or work. But when critical thinking is used with malicious intent, it can be destructive to a person, their views, their work or a situation they’re in. Therefore, it’s important that thinking critically is done properly and only with intent to help someone or to help yourself understand the opinions of others.

Critical thinking doesn’t just come into the world of debate, it’s something which many of us already do, subconsciously. It comes into work and school life, as well as in a more personal setting, such as with family and friends. Critical thinking enables us to look widely at both sides of a certain argument or situation, even if you don’t agree with one side. To start thinking critically, there are a number of things you can do first:

Critical thinking can help you to interpret and identify the significance of the views you hold. In turn, this will enable you to develop arguments that have been well-reasoned, which can be done by drawing on evidence you’ve found to either support or contradict a view. Regardless of whether you’re for or against an opinion, idea or situation, the thoughts of others should always be respected when it comes to critical thinking.

The differences between destructive and constructive conflict

Within the workplace, all conflict is considered to be negative, however there are some who believe that this isn’t the case. An increasing number of businesses are introducing sessions that solely involve debating either for or against a particular topic. The aim is to get their employees thinking in a critical way which will simultaneously broaden their minds, thus enabling them to see how other people think and behave when faced with a certain issue. In a way, it’s designed to get teams working together constructively, but also in harmony with one another.

However, even exercises such as this can prove to be destructive, depending on the people that are taking part, and the topic they’re debating. To mitigate this, the differences between destructive and constructive conflict must be understood, ensuring the views and opinions of others are respected at all times, thus eliminating negative feelings towards a situation or group of people with opposing views.

This can be applied to arguments or misunderstandings between Lord Alan Sugar and Piers Morgan. Both will take turns to fuel the fire in a bid to generate a reaction which will be entertaining for others, mainly Twitter users, who are watching the argument unfold. Notably, some of their debates have occurred live on television before, including on the popular ITV daytime show, Good Morning Britain, which is hosted by Susanna Reid and none other than Piers Morgan.

On the show, Lord Sugar claimed that he was the one responsible for launching the TV career “of one of the country’s most unbearable, but watchable, television presenters” – Piers Morgan. After asking Lord Sugar exactly how he’s responsible for Piers’ subsequent success, Piers didn’t actually allow Lord Sugar to speak, instead cutting him off at every turn. Piers then turned the argument on its head by claiming it was him who enabled Lord Sugar’s success when launching The Apprentice; “I, however, did give you a business column in The Daily Mirror, which helped you get The Apprentice gig. So actually, you owe it to me for launching your miserable little TV career”. Lord Sugar then went on to admit that he “might have made a mistake, because [he] found out recently that [Piers] auditioned for CBeebies”, to which Morgan laughed.

After Lord Sugar went on to sarcastically mention all of Morgan’s television appearances to date, Morgan argued that he’d at least managed to make a name for himself in America, something he claims Lord Sugar hasn’t yet done; “nobody in the biggest country of world entertainment has any idea who you are, they think you’re Sid James reincarnated, taken out of the grave and put back on television”.

Lord Sugar then went on to ask Piers if he’d been to the White House yet, after claiming Morgan knew American president, Donald Trump. Piers quickly retaliated by saying “I know you’re not familiar with how interviews work, you ask a question and I then answer it…I am happy to bet you right now £100,000, I will see Donald Trump in the White House before you”.

The interview goes on in much the same way, which is not only an example of destructive criticism, but it also shows, Piers in particular, using the Strawman Fallacy to somewhat defend himself. However, these small television squabbles and argumentative Twitter threads make for fantastic media entertainment, thus drawing interest in from across the country. Therefore, in a way, the destructive criticism involved between Morgan and Lord Sugar has proven to be incredibly constructive for a portion of the entertainment industry, but less so for the argumentative duo.

Constructive conflict generates behaviours that adapt to the issue, person or situation at hand. The discussion and arguments presented will be both functional and constructive, consisting of a mixture of cooperative and competitive impulses. Constructive conflict must adequately and appropriately balance both arguments in a mid to maximise mutual gain. Creative adaptation is a factor within constructive conflict, ensuring people aren’t offended or hurt by comments you make or stances you take. You must first understand the point of view and opinions of the opposition before starting to argue against it, uninformed.

Can conflict be constructive?

In short, yes. Whether it be constructive or destructive, conflict of any form can prove to be beneficial for one reason or another. Lord Sugar and Morgan’s conflicts spark a media frenzy every single time, something which receives great interest. As a result of their destructive conflict, the media and entertainment industry are reaping many benefits, including an increase in online video views and a slight rise in the sales of tabloid newspapers.

However, Lord Sugar and Morgan are unique in the sense that they tend to bounce off of one another as opposed to constantly being at war with each other. Wherever an insult comes into play, the other will simply laugh it off, then come back with an equally insulting remark, making for exciting, entertaining, and often thought-provoking viewing.

Despite their onscreen squabbles, Lord Alan Sugar and Piers Morgan make for excellent viewing when placed as a duo during talks and events. Going head-to-head as “frenemies”, the argumentative spark is still very much there, but perfectly balanced out with light-hearted humour. Both Morgan and Lord Sugar have an on-stage chemistry which is highly entertaining for those who are lucky enough to witness one of their fireside chats.

Here at Kruger Cowne, we represent a multitude of public figures and celebrities, all available to inspire, motivate and entertain your audience. We’re able to offer entertainment speakers, diversity and inclusion speakers and even Lord Alan Sugar and Piers Morgan as an explosive duo. To find out more, get in touch with a member of our knowledgeable team today – we’re always happy to help.

Share this post on
previous: Consistent Traits of The Apprentice Winners next: Have Yourself a Thrifty Little Christmas
Your Shortlist