Grammy and Golden Globe award winning Dave Stewart, the iconic co-founder of the Eurhythmics, is recognised as both an accomplished musician and one of the most respected multi-media entrepreneurs in the music industry, and is well-renowned throughout the industry as an author, filmmaker, photographer, producer, director and philanthropist.

Stewart created Weapons of Mass Entertainment (WME), which was set up in order to link creative ideas to music, television, film, new media, theatre and book projects, and which was described by The LA Times as a “media company for the new world”.

And this was just one part of Stewart’s innovation.  Working with Microsoft’s co-founder Paul Allen, they created a successful multimedia creative centre and members’ club in London – The Hospital Club. As an author, with marketing guru Mark Simmons, Stewart released the ‘best-seller’ business book entitled ‘The Business Playground’. This was followed by the incredible Dave Stewart Songbook being a large format coffee table book full of stories and photographs from his life and included 21 specially re-recorded hit songs co-produced or co-written by him and artists such as Bon Jovi, Mick Jagger, Celine Dion, Bryan Ferry, Tom Petty and more.

As well as his entrepreneurial pursuits, Stewart is also a tireless campaigner for charity, and has worked with a number of causes. One of his exceptionally notable events was creating the 46664 campaign for his close friend Nelson Mandela. Stewart came up with the idea of turning Mandela’s prison number (46664) into a telephone number then wrote and recorded songs with Paul McCartney, Bono and Edge and various others that you could only hear if you dialled this number and whilst listening you were donating. He then began organising the 46664 campaign and series of concerts in the fight against HIV/AIDS in South Africa.

Dave Stewart released his incredible life story in his best-selling autobiography “Sweet Dreams Are Made of This: A Life In Music”. For the first time, Stewart shared the incredible, high-octane stories of his life in music – the drug-fuelled adventures, the A-list collaborations and relationships, and the creative process that brought us blockbusters from Eurythmics like “ Here Comes the Rain Again” and “Would I Lie to You” as well as Tom Petty’s  “Don’t Come Around Here No More,” No Doubt’s “Underneath It All,” Golden Globe winner “Old Habits Die Hard” with Mick Jagger, and many more.

Stewart created and executive produces the NBC unscripted series Songland, which gives new songwriters a chance to have their original compositions recorded by an established artist, with a single released immediately following each episode. The series premiered in the summer of 2019 and averaged 5.1 million viewers per episode, the most for a new unscripted series that summer.

As a result of his work and experiences, he is a superb public speaker and regularly advises businesses and corporations about innovation and creativity, using his talents as an acclaimed public speaker to inspire worldwide audiences.

Stewart is internationally recognised as an authority on music, communications, production, futurism, technology and creativity. In addition, he is a business entrepreneur and covers many business related topics. 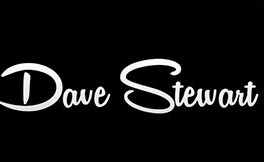 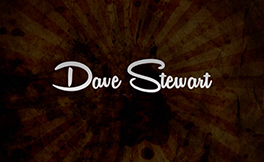 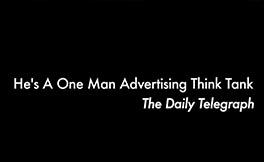 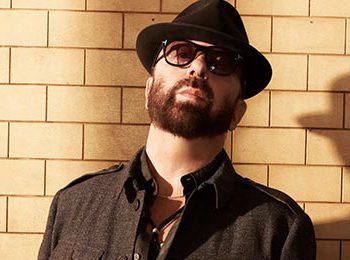 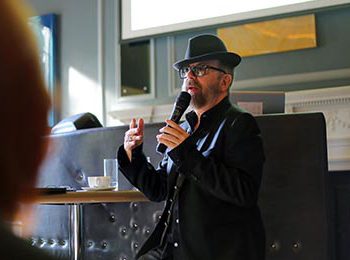 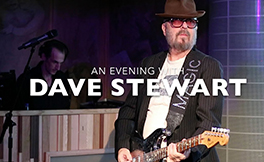 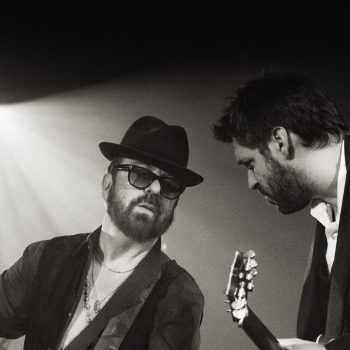 "Dave is who we all want to be - living his dream and actually changing the world every day with his gentle inspirational genius."

"Captain Dave is a dreamer and a fearless innovator, a visionary of high order, very delicately tractable on the surface but beneath that, he's a slamming, thumping, battering ram, very mystical but rational and sensitive when it comes to the hot irons of art forms. An explosive musician, deft guitar player, innately recognizes the genius in other people and puts it into play without being manipulative. With him, there's mercifully no reality to yesterday. He is incredibly gracious and soulful, can command the ship and steer the course, dragger, trawler or man of war, Captain Dave."

"Innovation requires vision, intuition, courage and ability to see what others don't see. Dave has them all."

"Jack of All Trades, Master of All of Them.”

"When I met Dave in September of 2000, he talked for 12 hours about the impact of digitalization on the production and distribution of media. As a banker, I didn't know what the hell he was talking about - nor did anyone else. Over the next five years, we all found out."