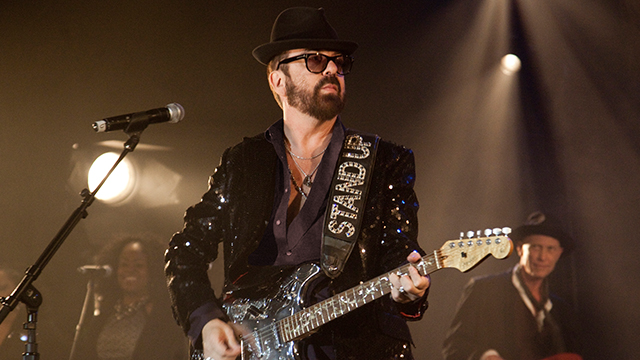 Dave Stewart is globally recognised as both an exceptionally accomplished musician – notably as one half of the iconic group, Eurythmics – and one of the most respected multi-media entrepreneurs in the music industry. He is respected throughout the industry as an author, filmmaker, photographer, producer, director and philanthropist.

For over 30 years, Dave has written, recorded and produced hit after hit, selling over 100 million albums in the process. He has over 50 Hit Songs, Grammy and Golden Globe Awards and a place in the UK Hall of Fame to his name, yet not all of Dave’s genius is widely known. Did you know he wrote and co-wrote these bestsellers: Tom Petty’s ‘Don’t Come Around Here No More’; U2’s ‘American Prayer’; Britney Spears ‘Everybody’; Shakespeares Sister’s ‘Stay’; Gwen Stefani’s ‘Underneath It All’; and Mick Jagger’s Golden Globe Award winning ‘Old Habits Die Hard’?

The February meeting of the Kruger Cowne Breakfast Club saw a format shake-up with Dave showcasing one of his innovative techniques of ensuring companies and their employees are singing from the same song sheet.

Equipped with a guitar and an arsenal of gadgets, Dave, guided by a little audience participation composed a song on the spot, which captures the essence of the brand or topic in question, and as if by magic (and some technical wizardry) a radio worthy song is born.

Dave also spoke with authority on creativity and thinking outside the box, being a disruptive leader, futurism, creating a brand, brand values and teamwork.