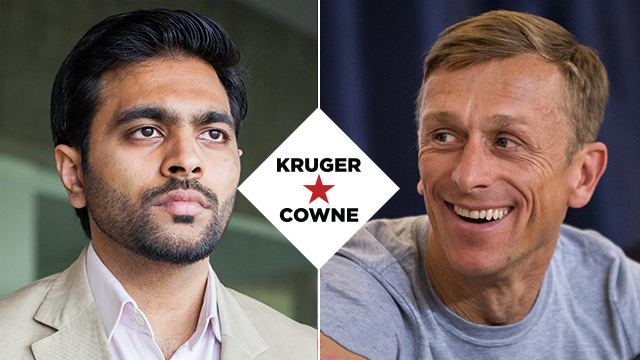 Following a successful career as an actor and documentary film maker, Jeremy Gilley founded the non-profit project Peace One Day in 1999. His big idea was to establish one day every year where every single warring nation would lay down its arms. An annual day of global ceasefire and non-violence.

Following Jeremy’s campaign to establish this annual day of non-violence and global ceasefire, a General Assembly resolution was unanimously adopted by UN member states in 2001, and it formally established 21st September as the UN International Day of Peace. The main objective of Peace One Day is to make Peace Day self-sustaining. Since it was established, millions of people globally have been able to carry out important work in areas of conflict. As a result of his efforts, Gilley has spoken at a number of high profile events including the closing speech at TED Global. Moreover, Gilley was awarded the Lennon-Ono Grant for Peace, the IVCA Fellowship and the Carnegie-Wateler Peace Prize. Putting aside adversity in his personal life, Jeremy continues his Peace One Day mission and in 2018 celebrates 16 years of Peace Days.

Recently Jeremy launched Impact Profile, an application that provides a central destination for individuals wishing to measure and showcase their social contribution and impact, thereby inspiring others to do the same – social media for social good.

Waqās is Artistic Director at The Khalili Collections – one of the most comprehensive and diverse private art collections in the world – where his work includes partnering with Google to make the art more accessible through digital curation and visual optimisation.

In parallel, Waqās is completing his postgraduate studies in Neuroscience at Kings College London, where he is investigating multidisciplinary approaches to the research and treatment of chronic pain. Before this, Waqās was a diplomatic journalist and publisher. As Global Correspondent at FIRST Magazine, his exclusive interviews included heads of government, business leaders and public intellectuals worldwide.  Waqās began his career exploring different fields: he qualified as a fitness professional, trained with an elite division of the British Armed Forces, was an investment promotion analyst in the Gulf, worked at the forefront of strategic communications and became visiting lecturer in International History at the University of the West of England. Born and raised in Britain, Waqās has since lived in several countries across Europe, Africa, the Middle East and South Asia. He has degrees in Economics (BSc, SOAS) and International Relations (MSc, LSE), but his real education came from the five years he spent traveling the world researching and writing The Polymath, his first book. The Polymath weaves together a narrative of history and a vision for the future that seeks to disrupt the prevailing system of unwarranted ‘hyper-specialisation’, showing us that there is another way of thinking and being.