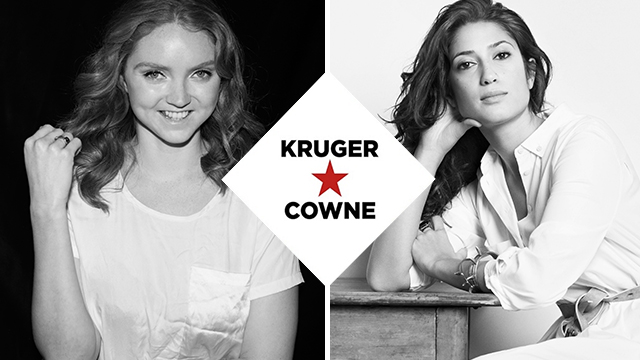 As an advocate for socio-political and environmental issues, she has spoken at The World Economic Forum in Davos, Google’s Zeitgeist conference and WIRED. Lily also holds an Honorary Degree for her contribution to humanitarian and environmental causes from Glasgow Caledonian University.

She was the youngest model to appear on the British Vogue cover and began working as an actress at the age of 6. She went on to work with many acclaimed directors and has appeared in over fifteen films.

Earlier this year she took the lead role in the critically acclaimed TV mini-series Elizabeth I.

Fatima is a world-recognised journalist, author and political activist with a family background in politics in Pakistan. She is the granddaughter of Prime Minister Zulfikar, niece of Prime Minister Benazir and the daughter of Murtaza, all three of whom were murdered or executed.

She grew up in exile, being effectively stateless, and wrote her dissertation on the resistance movement in Pakistan. At the early age of 15 Bhutto came to public note after the publication of her first book, a collection of poems. Since then she has written five notable books and countless articles for The News, New York Times, The Financial Times, Vogue UK, The NewStatesman, The Guardian and many others.