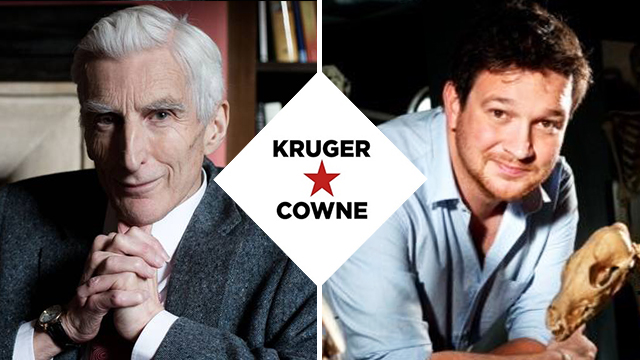 Lord Martin Rees OM is a world-renowned scientist, Astronomer Royal and bestselling author. In his new book, On The Future: Prospects of Humanity, Lord Rees explores the relationship of science, biotechnology, cybertechnology, robotics, and artificial intelligence and their ability to empower us to overcome threats. From climate change to nuclear war. Conversely, he warns there is no “Plan B” for Earth and no viable alternative if we do not care for our planet. On space, Lord Rees details how advancements will allow humans to explore the solar system and beyond with robots and AI.

Lord Rees has been Master of Trinity College and Director of the Institute of Astronomy at Cambridge University. As a member of the House of Lords he is much involved in international science and issues of technological risk. During his former role as President of the Royal Society, he was dubbed “Britain’s Top Scientist” by the media.

Dr. Ben Garrod is an evolutionary biologist with a passion for bones and the stories they reveal. Ben’s television work includes, Attenborough and the Giant Dinosaur with Sir David Attenborough (BBC One), his award-winning BBC Four series Secrets of Bones, and the recent Natural World documentary Red Ape: Saving the Orangutans (BBC Two).

As a primatologist, Ben has spent over a decade observing the relationships between animals and humans, in a bid to understand the natural world and our place within it. He is a firm believer that learning about an individual can teach you about an entire species. This is something he realised while developing a chimpanzee conservation field site for renowned chimpanzee scientist Dr Jane Goodall in Uganda and developed through studying what determines a species throughout the course of his PhD studying island-living monkeys. His take on the future of our planet is balanced on a theory of the power of one. One individual’s decisions and impact can make a difference, regardless of age, sex or position.