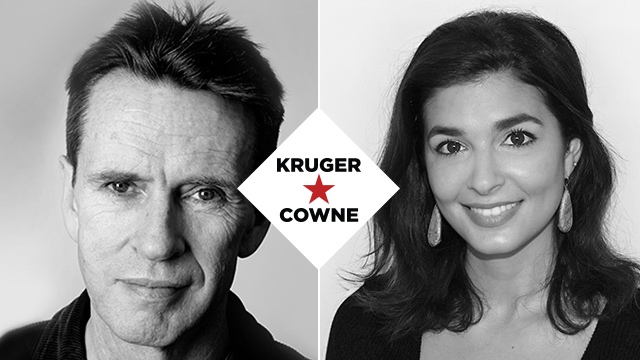 Oliver Peyton is an engaging, energetic entrepreneur and non-executive director with extensive expertise in the worlds of restaurants, retail, cultural heritage, broadcasting and leisure.

A visionary with a track record of innovation, creating concepts that have shaped the eating and drinking culture in the UK today. Huge experience of bringing new brands to market; managing the R&D, building the team, refining the product. Oliver brings business development flair, project management ability and an exclusive network to a Board embarking on growth, effecting a turnaround or building a brand.

Peyton has been one of the three judges on Great British Menu since its inception on BBC2 television in 2006. He was described by food critic Matthew Fort as “the Phineas T. Barnum of restaurateurs” and having a “penchant for the spectacular and the idiosyncratic”. In 2012 RTÉ launched a programme, Recipe for Success, based on the idea of cooks turning a home recipe into a commercial product suitable for supermarket shelves. Peyton was involved in the programme as one of the mentors for the competitors.

From February 2018 Peyton joined his sister-in-law Alex Polizzi in a new Channel 5 series Peyton And Polizzi’s Restaurant Rescue. She had previously established herself as UK TV’s Hotel Inspector, and here they pool their experience to play firefighters and turn round failing restaurants.

Oliver is also the author of two cookbooks.

Selene Nelson is a journalist, freelance writer, author and activist who has written and spoken extensively about food and travel, crime and punishment, and both human and animal rights.

After graduating from the University of Sussex with a degree in English Literature, Selene started her career writing about social and criminal justice. A strong opponent of capital punishment, she has written passionately about the death penalty for HuffPost, Salon and ThinkProgress, interviewing former executioners and highlighting the devastating impact capital punishment has on those who must carry it out.

In July 2016 Selene embarked on an 18-month tour around the world, travelling independently from the southernmost tip of South America to the farthest corners of the South Pacific. Inspired by her experiences and keen to help other wanderers, Selene began writing about food and travel, contributing regularly to Town & Country, The Sunday Times Travel, Food Republic and SUITCASE Magazine, and covering everything from budget backpacking trips to sustainable luxury holidays.

In 2017, after becoming aware of the horrors of animal agriculture, Selene made the switch to veganism, and began working to shed light on the realities of the meat, dairy and egg industries. In November 2018, after pitching the former editor of Waitrose Food a plant-based meal series, Selene became embroiled in a “vegan media storm”, in a story that was seen by 650 million people worldwide. She has appeared on BBC Sunday Morning Live and The One Show to discuss veganism and public attitudes towards it, and has written about these issues for The BBC, The Independent, The Sunday Times, The Evening Standard and The Telegraph.

Selene works to expose the truth about animal agriculture, to promote the many benefits of a vegan lifestyle, and to encourage people to move towards a more compassionate way of living. Her first book will be released by Penguin Random House in 2019 under a pseudonym.