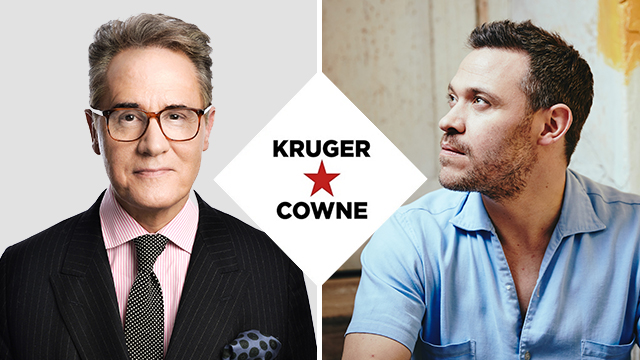 Will Young entered the public eye 17 years ago as the winner of Pop Idol UK and has since become a greatly respected figure in UK entertainment, collecting multi-platinum albums, sold-out live tours, various awards and an Olivier Award nomination in the process.

Alongside the 10 million+ records sold and the all-time fastest selling single for a debut artist, Will has written 4 biographies, guest edited Attitude Magazine and contributed to numerous other publications. He has twice appeared on BBC Question Time and acted alongside Judi Dench and Bob Hoskins.

Will currently stars in a musical adaptation of Baz Luhrmann’s award-winning film ‘Strictly Ballroom’ at London’s Piccadilly Theatre and co-hosts an acclaimed “in conversation” podcast, ‘Homo Sapiens’, discussing LGBTQ+ issues. Having undergone a journey of self-discovery and overcome and resolved serious illness, Will now delivers talks and forums on wellbeing and how to lead a content and fulfilling life, speaking on mindfulness, wellbeing, conflict resolution, anxiety, trauma, the importance of finding your voice and shame.

Peter York is the renowned brand marketing expert who co-authored the huge bestseller The Official Sloane Ranger Handbook, which became the benchmark on social groupings and market segments. Peter went on to advise and fine tune the branding communications strategies for many high-end brands and institutions. From Dunhill, Coutts & Co, The Financial Times, Channel 4, BBC, countless clients in the City and even the U.K. Government. Peter’s deep insight into British business is in great demand amid the uncertainty of Brexit.

Peter is also a sought-after writer and media commentator, specialising in tribes and trends. His career started as Style Editor at Harpers & Queen and over the last 30 years he has written dozens of broadsheet articles and 11 books – charting the fortunes of elite groupings who he believes have escaped scrutiny. Peter has contributed to various television programmes including Micky Flanagan’s Thinking Aloud and BBC Newsnight. Peter’s own documentaries include his series “Peter York’s Eighties” and 2016’s ‘Peter York’s Hipster Handbook’ which aired on BBC4. Peter is the President of the Media Society and is currently writing a book on British Broadcasting.