Gloria Garcia was born and brought up in Cicero Illinois – one of the poorest and toughest neighbourhoods outside of Chicago. Home of Al Capone and many other streetwise gents. “One of the guys escorted me out and took me home because I was too young at 16 to be in a club, it was like having my own personal bodyguard.”

It was here around the corner from her house one night at the age of 11 that her life changed forever. The target of an unsuccessful kidnapping, it would be this moment which dictated what her life’s purpose would be going forward – the adage to ‘serve and protect’, she committed herself to the intention that she would take care of who and what she could for the extent of her life.

She applied to the Chicago Cook County Sheriff’s department and within a month she was at the Academy disciplined under the S.O.R.T. Team which was the Special Operations Response Team. After graduating from the Academy under the helm of Captain Willie J. Williams she was posted to Cook County Prison in the RTU Men’s division. Her position was that of being in charge of 40+ officers and 500+ inmates in open dorms. This included inmates accused of theft to murders. Gloria was asked within her first year of being an Officer to train the incoming potential candidates through their physicals at the Academy, an honour that is bestowed on a very select few.

It was during this time she also began to bodyguard clients from Mexico City: “I remember being in Mexico with family and saw a bunch of men standing around where we were having lunch and one of the guys pulled their jacket back and had a gun. I asked who they were and someone sitting at the table said they were Bodyguards”. I was seduced by the fact that a person could live their life everyday protecting one individual. Within months and sheer tenacity of reaching out to whomever she knew in D.F. she found herself bodyguarding some of the wealthiest families from Mexico City. Lifelong relationships that still last throughout this day. Known as ‘La Mirla’- ‘The Blackbird’, Gloria’s decisions’ can be life or death but all in all we all wrestle with one similar concept; is our ‘Principal’ (product or service) safe and sound at the end of the day.

As a Personal Protection Operative, her success is underpinned by her ability to profile individuals in order to communicate more effectively and develop trust in high pressured environments. Coupled with her acting background, as she trained as an actor in London, Gloria speaks out how to authentically change your character as a leader to foster cohesion and purpose in a team.

Her reputation as one of the top female bodyguards in the country have allowed her to travel and to meet individuals to share her story of trauma, determination, passion and success….

Gloria’s love of being a Bodyguard and Actor lie on the same ethos which she has lived and led her whole life:

Gloria is available for conference, keynote and public speaking regarding these topics and is also available for workshops on communication, strategy, change and team building. 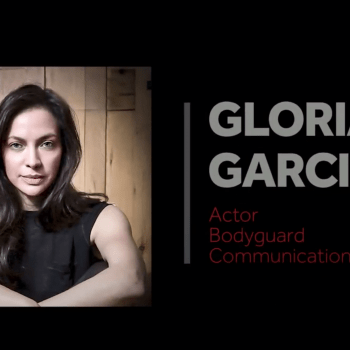 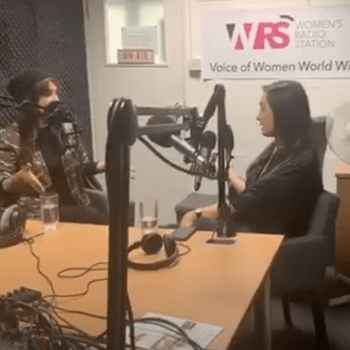 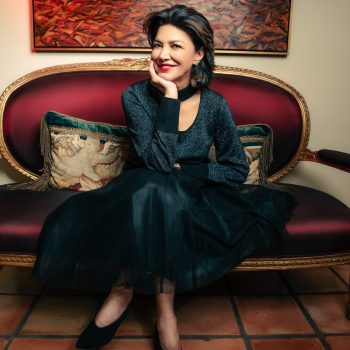