Have Yourself a Thrifty Little Christmas

Christmas is a time to be with family and friends, spending the festive period with those we love and treasure. But as time has gone on, and as the consumer market continues to grow, Christmas has also become a time for gift-giving – a common practice across many cultures around the world.

There have been many traditions throughout history and across different cultures which can shed some light on how exchanging presents at Christmas has become commonplace, including the Saturnalia December Celebration – a Roman festival which celebrated Saturn, the Roman pagan god of Agriculture, during the winter solstice. The celebrations included exchanging gifts and making sacrifices to Saturn.

There are many traditions from around the globe which are associated with Christmas, including:

To keep up the tradition, every year we go on the hunt for the perfect gifts. Whether we buy them, make them or regift them, we’re still in-keeping with the art of gift-giving. However, finding the perfect present doesn’t always involve spending money.

Recommerce – what is it and why is it so popular?

Otherwise known as ‘reverse commerce’, recommerce involves the selling of new, used or previously owned products. Generally, this is done either physically or via online distribution channels. Second-hand items are reused, recycled, upcycled or resold, helping the environment and increasing sustainability.

In this modern age, consumers are trying to reduce their spending and waste generation to reduce their carbon footprint. As a result, an increasing number of retailers are now delving into the world of recommerce.

According to research done by Ernst and Young, it’s the younger generations who are asking for retailers to be more environmentally conscious. Therefore, Generation Z are more likely to seek out sustainable alternatives, especially when it comes to shopping.

Companies who are open to reselling, recycling or upcycling cater for every need and budget. This means that regardless of the amount of money you have to spend, everyone can make more sustainable choices, particularly when it comes to food shopping.

In fact, recommerce has never been more popular. According to ThredUp, an online secondhand shop, 64% of women buy or are open to buying pre-owned clothes and 59% of consumers overall expect retailers to design and create clothes both sustainably and ethically. If a significant change is made, the secondhand market is expected to skyrocket, doubling its growth by 2024.

Regifting has become the norm

Storing unwanted presents with the intention of rewrapping them and giving them to someone else (regifting) used to be somewhat frowned upon. But in recent years, giving away unwanted gifts has become the norm.

Passing on unwanted presents to others is a sustainable way of decluttering, instead of just putting them in the bin. Not only could you give them away as gifts, you could even donate them to charity shops or contribute to a Christmas raffle table.

Things to do with unwanted gifts

However, you should be careful when regifting as it could backfire. To avoid this, take note of who gave it to you so you aren’t passing it on again to the same person. To regift sensitively and effectively, you should follow regifting etiquette:

The rules of regifting

Christmas is often referred to as the most wonderful time of the year, but it’s also proven to be the most wasteful. Sadly, much of what we throw away at Christmas ends up in landfills, something which has a significant, negative impact on the environment.

The average adult in the UK spends approximately £330 buying Christmas presents, with the average british child receiving 16 gifts in total. According to WasteKit, 1 billion Christmas cards are sold and 17.2 million brussel sprouts go to waste each year, so it’s not surprising that the UK produce 30% more waste than usual over the festive period. With the ocean extracting CO2 from the air, to being home to 2.2 million aquatic species, it’s vital that we’re disposing of our waste responsibly, preventing as much rubbish as possible from reaching the sea.

In 2014, 4.2 million Christmas dinners were wasted according to Unilever. This equates to 263,000 turkeys, 17.2 million brussel sprouts, 11.9 million carrots, 11.3 roast potatoes, 7.2 million mince pies and 740,000 slices of Christmas pudding. If all Christmas food waste was recycled, it would be enough to power an average home in the uk for 57 years.

Britain spends approximately £700 million on unwanted gifts each year. Around 227,000 miles of wrapping paper is thrown away and 300,000 tonnes of card packaging is used every year – enough to cover Big Ben 260,000 times. Christmas cards and a wide variety of wrapping paper are all suitable for recycling, unless they’re covered in glitter or are made of shiny metallic paper.

There are many ways in which everyone can be more environmentally aware this Christmas, preventing considerable amounts of waste from ending up in the ocean or being sent to landfill. This can be done with a few small, simple changes that will transform the way in which we celebrate Christmas – whilst still having fun, of course!

How to be more sustainable this Christmas

As environmental issues are catapulted into the international spotlight, it’s not surprising that increasing amounts of people are fighting to make world leaders aware of the damage we’re doing to the planet. From mass protests outside the House of Parliament to 16 year old Greta Thunberg sailing home to Europe from a United Nations summit in North America, the issue of climate change has never been more prominent.

If we want to shrink our carbon footprint, we must change certain habits in order to live more sustainably. However, according to Noreena Hertz, a renowned thought leader and economist, the idea that sustainability is only linked to environmental issues and solution is “a very reductionist” view.

Hertz, known for advising some of the world’s leading business and political figures, believes that “the term has been used in a multiplicity of ways. From a company’s point of view, sustainability involves an understanding of what it takes to survive today, and in the future. That incorporates issues like the environment, but also things like labour relations, human rights, employee discrimination, equal opportunity, and the company’s role in society”.

Jochen Zeitz, co-founder and co-chair of The B Team and founder of the Zeitz Foundation for Intercultural Ecosphere Safety, he is renowned for being one of the world’s leaders in conservation, philanthropy and sustainable business. His overall aim is to make businesses, regardless of how big or small they are, more sustainable. In doing so, he believes that it will improve both society and the environment.

Zeits believes that every company has the ability to change the way in which they do things. Not only will this help the environment, but it may also make their brand more desirable to customers, claiming that “every company has an opportunity to innovate”.

Believing that it’s important for the planet to have what we need as our population grows, Zietz claims that the only solution is to combine sustainability and growth; “It’s a question of what we grow and how we grow… we have to grow with planetary boundaries”.

In order to sustain the planet and protect it from further damage, Zeitz states that “you can’t just preserve the environment by…casting the community aside…you need the community…” to sustain it.

Something he believes will be part of the solution is a cultural shift which will “help to transform people’s mindsets…the environmental movement requires such a cultural shift”, but we “can’t assume that [environmental change] will happen in a decade”, instead it will take a significant amount of time, slowly reversing damages and restoring the Earth to its beautiful, natural state.

Kruger Cowne are proud to represent a wide range of celebrities and public figures, all available to speak at your event. If you’re looking to inspire, motivate and entertain your audience, then the team here at Kruger Cowne will be able to help. We’re able to offer social issues and humanitarian speakers and environment and green issues speakers, including Noreena Hertz and Jochen Zeitz. For more information, get in touch with us today – we’re always happy to help. 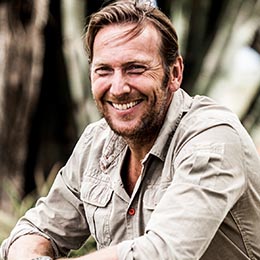 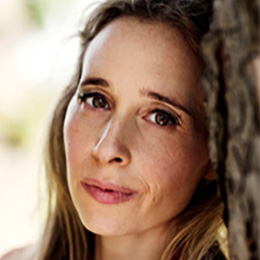