Helena Kennedy QC is one of the UK’s most distinguished lawyers. She has practiced at the Bar for over 40 years in the field of criminal law and human rights and has conducted many of the leading cases in those years, including the Balcombe Street Siege, the Brighton bombing trial, the Guildford Four Appeal, the Michael Bettany Espionage case, the Jihadist fertiliser bomb plot and the transatlantic bomb plot. She has championed law reform for women, especially relating to sexual and domestic violence and developed the defence of Battered Women’s syndrome in the UK courts.  She is recognised as one of the seminal forces in reforming the legal profession’s attitude to gender equality and minority access and has received Lifetime Achievement awards from the Times and from the Legal Profession’s Hundred Years of women celebrations.

In 2020, she was given the Legal 500 award for Outstanding Achievement.  She is recognised internationally as an authority on violence against women and children.

Her work in the field of international law includes cases on extradition, removal of citizenship, statelessness, deportation, trafficking and torture. She recently was part of the expert team advising the UN Rapporteur on the extrajudicial killing of the journalist, Jamal Kashoggi by a Saudi Arabian hit squad in their Consulate in Turkey. She is one of the few people who have been permitted to hear the tapes of the killing.

Helena is also an accredited lawyer in mediation.

From 1992- 1994 she sat on the National Education Commission. From 1995-1997 she led a commission into Further Education which produced the seminal Report “Learning Works” on the importance of second chances in education and on vocational training. She established a Foundation in her own name to create bursaries for disadvantaged students going from further to higher education.

Helena’s success in leadership roles is well recognised. She gets things done. She was the chair of the British Council from 1998 until July 2004 where she was considered an outstanding leader, creating strategic focus and raising moral amongst the staff after years of underfunding . She was also Chair of the groundbreaking UK Human Genetics Commission for 8 years where she developed policy adopted by the government on ethical standards of the use of genetic material and criminalising misuse. She was chair of the Inquiry into Sudden Infant Death for the Royal Colleges of Pathologists and of Paediatrics, producing a protocol for the investigation of such deaths.  She was the Chair of Charter 88, which led to widescale constitutionasl reform when Labour came to government including Devolution.  In 2005-6 she was Chair of the Power Inquiry which reported on the state of British democracy. She was a member of the Government Commission on a British Bill of Rights in 2010 producing a minority report alerting the public to plans to reduce human rights in the UK. She has been a member of the House of Lords for over 20 years, where she sat on the Joint Committee of Human Rights and chaired the European Union Justice Committee.

She was President of the School of Oriental and African Studies until 2010, a member of the World Bank Institute’s External Advisory Council and a board member of the British Museum.

She authored a number of books on law reform, co-wrote the successful television series Blind Justice and became a well known broadcaster on law and ethics during the eighties, presenting the BBC’s Heart of the Matter.

A frequent broadcaster and journalist on law and women’s rights, her publications include the widely acclaimed Eve Was Shamed: How British Justice is Failing Women (Chatto & Windus, October 2018), was also published in paperback under the title, Misjustice: How British Law is Failing Women, in September 2019.  Her book Just Law: The Changing Face of Justice and Why It Matters To Us All (Chatto & Windus, 2004) was also published in paperback in March 2005.  Eve Was Framed: Women and British Justice (Vintage, 1992) with the paperback publishing in 1993.  It was fully updated and reissued in paperback in March 2005.

She has received many honours, nationally and internationally, for her work on the Rule of Law (over 40 honorary doctorates). She was awarded the Royal Medal from the Royal Society of Edinburgh for her work on human rights and education.

She is a Fellow of the Institute of Advanced Legal Studies and an honorary Writer to the Signet in Scotland.  She is an Honorary Fellow of the British Academy and the Royal Society of Edinburgh. She has also been honoured by the Governments of France and Italy.

She was the Investigating Officer of the Human Trafficking Commission in Scotland.  She is a member of the First Minister’s National Advisory Council on Women and Girls.  She has maintained strong links with Scotland and the city of her birth speaking regularly in and around Glasgow and a frequent visitor to her place of birth.

She was Master of Mansfield College, Oxford for seven years from 2011-2018 during which time she raised the funds and founded the Bonavero Institute of Human Rights at Oxford.

She was the most recent chair of the Booker Prize Foundation.  She is the Chair of the Video Standards Council and a member of the Microsoft Technology and Human Rights Advisory Council. She is President of Justice, the British arm of the International Commission of Jurists, and current Chancellor of Sheffield  Hallam University.

Helena is currently Director of the Institute of Human Rights at the global lawyers organisation, The International Bar Association. She is working across the world on promoting and protecting human rights. 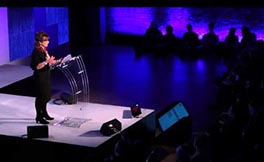 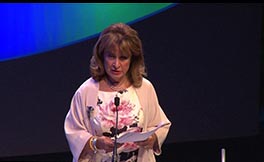 “To share a direct quote from a network member - ‘Helena was the best speaker I have had the privilege of hearing.’”