On December 10th the world recognises Humans and Animals as they take centre stage on Human Rights and International Animal Rights day.

If you are organising an event or looking to create awareness around Human Rights and / or Animal Rights either now or in the future, here are a few suggestions to whet your appetite.

Give us a call – we’d love to discuss your requirements.

Sir Bob is widely recognised for his activism, especially in relation to his tireless anti-poverty efforts concerning Africa. In 1984 he and Midge Ure founded the charity supergroup Band Aid to raise money for famine relief in Ethiopia. They went on to organise the charity super-concert Live Aid the following year and the Live 8 concerts in 2005.  Just last month Sir Bob was recognised for his contribution to the global AIDS response and his leadership in supporting the global agenda to end AIDS by 2030. Watch Sir Bob’s recent speech for young leaders of the world:

Lowkey is a patron of the Palestine Solidarity Campaign and an active supporter of Stop the War Coalition. He accompanied George Galloway on his siege breaking Viva Palestina convoy bringing aid to Gaza in 2009. In the aftermath of the Grenfell Tower fire tragedy Lowkey has demanded justice for those who died, whilst criticising the British government and the mainstream media. His song Ghosts of Grenfell honours those who died and features people from the local community. He was proclaimed in parliament as “poet laureate” for Grenfell Tower by MP Emma Dent Coad.

Fatima is a highly eloquent speaker, with a diverse range of subjects including; leadership, women and politics, the challenges of democracy, fake news and propaganda, empowerment and the Middle East and South Asia.

Following a successful career as an actor and documentary film maker, Jeremy Gilley founded the non-profit project Peace One Day in 1999. His big idea was to establish one day every year where every single warring nation would lay down its arms. An annual day of global ceasefire and non-violence. Watch more about Jeremy’s amazing work here:

As a passionate animal lover, Cher, on hearing about the plight of Billy the Elephant in the Los Angeles Zoo and Kavaan the elephant in Islamabad Zoo, wanted to get actively involved in their and other suffering wild animals’ release, rehabilitation and care. Together with Kruger Cowne founders she started Free The Wild – an international charity which has been created to overcome the mistreatment of wild animals in captivity, to free those who are mistreated and work towards the longer term goal of replacing live animals as exhibits with new technologies.

Dr. Asha de Vos’ efforts to bring attention to the unusual Sri Lankan blue whales and the threats they face has led to them being designated as a species in urgent need of conservation research. Her work on this has been showcased internationally by Channel 7 Australia, the BBC, the New York Times , CNN, WIRED UK, the New Scientist and TED. In 2018, Asha was included in the BBC’s 100 most inspiring and influential women list and named by the Lanka Monthly Digest as their ‘Sri Lankan Person of the Year’, appearing on the magazine’s front cover. 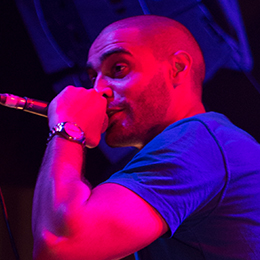