The Importance of Social Discovery When Shopping

Social discovery is highly prominent in today’s society. From endorsements on Facebook to what’s trending on Twitter, it’s something we can’t escape from in a tech-driven world. Every so often, something of interest to you will pop up in your social media feeds, and although this feature seems relatively accurate, to the point where the public are convinced their smartphones are listening to them, it used to be very inconsistent when it came to what an individual consumer was interested in.

With this latest development in consumer technology, social discovery is becoming increasingly popular in this digital age. Social discovery refers to a situation where a consumer is exposed to something which is brand new, and it’s having a significant impact on content marketing.

An increasing number of social marketers are using social networks in order to advertise goods and services for thousands of brands around the world, so much so, 80% of social marketers said that their key strategy to increase engagement is to push content through social channels.

Today, almost anyone can become an influencer. As user-generated content continues to rapidly grow online, it allows for everyone to read, watch and buy products and services and then report on its performance and quality. This can influence whether or not other people will engage with the same content or buy the same products in the future.
According to research done by Business Insider, 71% of consumers would be more inclined to buy and trust a product or service if the majority of its reviews are positive. Amazon are renowned for this, having star ratings (where applicable) to accompany the products they sell.

Not only can we be influenced by reviews which have been published directly onto a retailer’s website, we can also be swayed by content which has been published on social media. Facebook and Twitter are most useful for sharing content, and are most favoured by bloggers for distributing their own thoughts and opinions, among other things.
For example, a blogger could have written a highly positive review about a certain product, almost persuading others to buy it. However, if they’ve written a negative review about a film they’ve recently seen or a book they’ve read, then it may prevent people from reading the same book or watching the same film.

As a result, brands are becoming increasingly involved with their social networks, hoping to neutralise negative reviews and praise those who leave good reviews. This also helps to simultaneously build a rapport with consumers, making them more likely to repurchase certain products in the future.

The importance of advert relevancy and targeting

The aforementioned statistics can help a company to push their brand to the right demographic, subsequently allowing them to acquire more sales and increase overall brand awareness and social discovery.

Elle Macpherson, a renowned actress, model and businesswoman, has become one of the best-known celebrities in the world over her 35 year duration in the international spotlight. In 1989, Macpherson launched Elle Macpherson Intimates – her own line of lingerie. Gaining immense popularity in a short space of time, it became one of the most recognised lingerie brands in the world, reaching as far as Australia, New Zealand, Canada, America and the Gulf States, as well as the United Kingdom.

Following her business success, Macpherson went on to release her own beauty range – Elle Macpherson The Body Beauty Products, which launched globally in 2008. As someone who is passionate about wellness, Macpherson began to develop the concept of nutrient dense formula with Dr Simone Laubscher, her doctor. Together, they launched SUPER ELIXIR which eventually led to Macpherson co-founding WelleCo in 2014, whilst also acting as an advocate for wellness.

As Macpherson took steps to raise awareness of her new, well-established brand, she looked to use Instagram to market WelleCo. Since launching the brand in 2014, her Instagram page has acquired 146,000 dedicated followers.

It’s now more common than ever before for brands to use the ever-popular social media platform to advertise their own goods and services. Since its launch in 2010, Instagram has amassed 1 billion users, with 72% of teens claiming to be active on the site on a daily basis.

Angelica Cheung, editorial director of Vogue China, has been described by Forbes magazine as “the high priestess of China’s fashion scene”. As a dedicated industry clout, she’s often called upon to tell the story of how Vogue China gained remarkable success as a start-up publication.

Having been present within the company since its anticipated launch, Cheung has been dedicated to ensuring Vogue China remains remarkably popular. When its first edition was printed and released for public sale, only 300,000 copies had been printed – all of which sold out in lightning speed. In order to keep selling and pushing their brand, thousands of reprints were quickly requested, meaning Cheung had used social discovery to her full advantage in order to generate media attention and maintain public interest.
Vogue China currently circulates approximately 1.6 million copies of the hugely popular magazine, boasting a readership of 2 million. Their mobile products have acquired 1.3 million daily users, as well as a combined 12 million people following their Chinese social media accounts.

Social discovery can have an extraordinary impact on businesses, brands and influencers. Whether an editorial director for a top fashion magazine or a blogger on Instagram with a few thousand followers, social discovery is something which should be experimented with and would be highly beneficial to everyone.

Kruger Cowne are a well-respected, full-service talent representation company. We’re proud to offer a variety of advertising, marketing and PR speakers and entrepreneurship speakers, together with other motivational, inspirational talent to perfectly enhance your event, including Angelica Cheung and Elle Macpherson. For more information about our speakers, get in touch with a member of our team today – we’re always happy to help. 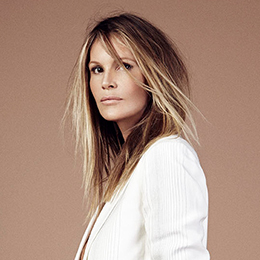 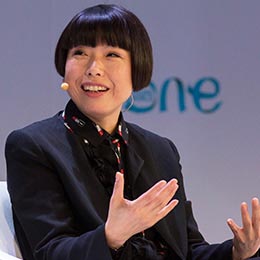