The 19th November is an occasion to celebrate worldwide the wonderful contributions and achievements men have made to community, nation, society, and family.

November is also the month in which we focus on raising awareness about men’s mental health and suicide prevention, but also to fund research for prostate cancer and testicular cancer through Movember.

We’d like to continue to raise awareness of men’s well-being and highlight some of the incredible male role models with whom we have the pleasure of working with at Kruger Cowne!

If you are looking for exceptional talent for your virtual event, International Men’s Day campaign or any other engagement please get in touch with our team to discuss your requirements. 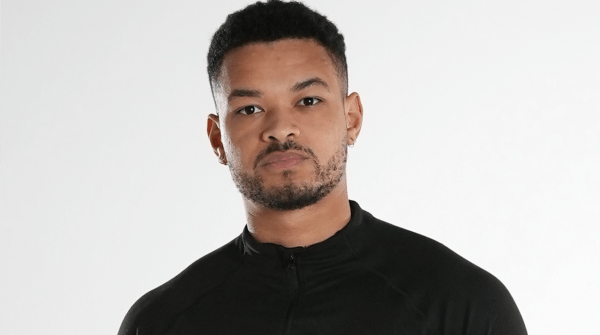 Steven Bartlett is the founder & former CEO of the award-winning social media marketing agency, Social Chain. Steven built the group’s two flagship companies – Social Chain and Media Chain – when he was just 22 years old before taking his company public at 27, with a market valuation of £200m. Steven has become renowned for his chart-topping podcast “The Diary of a CEO” which has over 10 million monthly downloads. His debut book Happy Sexy Millionaire: Unexpected Truths about Fulfilment, Love and Success, released in 2021, became a Sunday Times Best Seller in its opening week. Most recently, Steven joined BBC’s Dragon’s Den in 2022 for its 19th series, becoming the youngest-ever dragon. 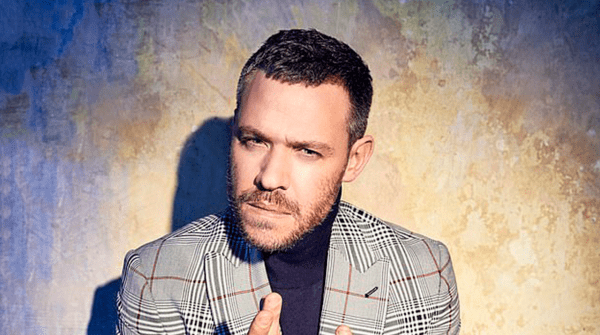 As a successful musician, performer, podcaster and motivational public speaker, Will Young has been in the public eye for over 17 years, collecting multi-platinum albums, sold-out live tours, various awards and an Olivier Award nomination in the process. This year Will’s podcast ‘Homo Sapiens’ has continued to go from strength to strength. Named as The Observer’s 10 Best Podcasts of 2017, it is a weekly “in conversation” podcast featuring

interviews with a wide range of personalities discussing LGBTQ+ issues which he presents with director Chris Sweeney. Within all this Will underwent a journey of self-discovery and overcame and resolved serious illness to enable him to now deliver talks and forums on wellbeing and how to lead a content and fulfilling life. 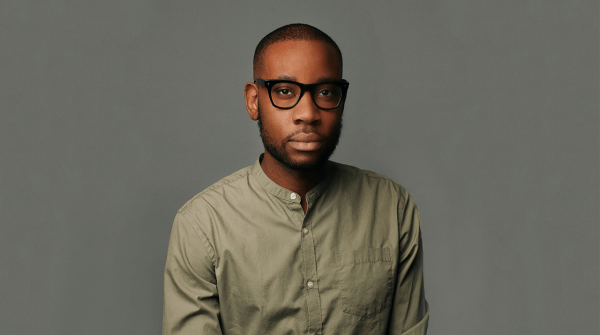 Empowered by his message that “authenticity is your cheat code to success”, Kudzi Chikumbu is a lifestyle influencer and the Global Head of Creator marketing at TikTok where he is responsible for celebrating the creativity, impact and diversity of the creator community. He does this while advocating for inclusion and representation online. He has worked as the intersection of social media and content partnerships, talent management, creator community building, and communications. As a speaker, Kudzi focuses on inspirational career advice to motivate young professionals, social media strategy, diversity & inclusion and tactics on how to build a community for individuals and brands. 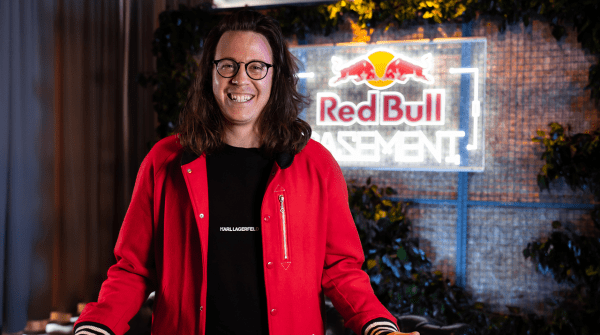 Sam Jones founded Gener8, a browser that enables people to take back control and monetise their own data. Sam is a brilliant young entrepreneur, who is gaining an incredible amount of traction and attention because of his work surrounding Gener8. He is most renowned for his appearance on Dragon’s Den, where it is said that he provided the best pitch ever that went viral with over 25 million views online. This helped him and his company gain public traction and investments from celebrities (Tinie Tempah, Harry Redknapp and more) around the world. He is now continuing his journey with the aim of turning Gener8 into a £1 Billion business by 2030. 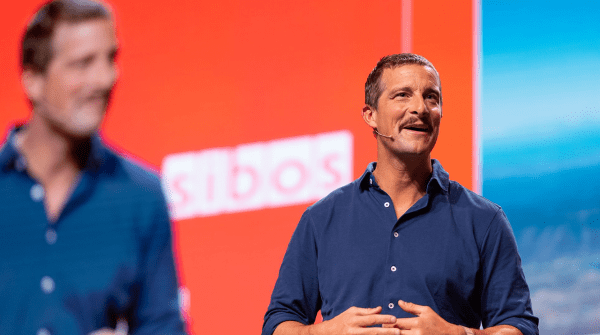 Bear is a former 21 SAS soldier, who went on to become one of the youngest ever climbers of Mt Everest, despite breaking his back in a free-fall accident only months earlier. From Everest, he has gone on to host more extreme adventure TV shows across more global networks than anyone else in history. Bear’s shows include the legendary Discovery channel show MAN Vs WILD and the hit show RUNNING WILD with Bear Grylls, now in its seventh season on National Geographic Channel. His Running Wild guests have included President Obama, Roger Federer, Julia Roberts, Prime Minister Modi of India and many other stars. Bear was the UK’s youngest-ever Chief Scout when he was appointed in 2009, aged 34, and continues to help thousands of young people to gain new skills, try new things, and look to the future with optimism. As one of the most in-demand motivational speakers on the planet, Bear is determined to break the stigma surrounding mental health. His message is a simple but powerful one, “never give up”. 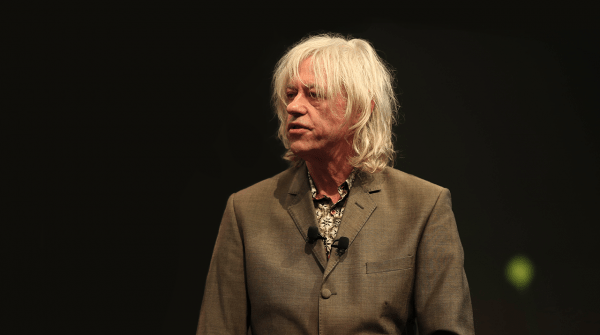 Born in 1951, Sir Bob Geldof is one of Ireland’s most successful exports and is known throughout the world for his many talents and passions. Most notably, as the creator of Live Aid “the biggest and greatest event in pop history”. Starting his career as a successful musician, actor and songwriter, he has gone on to both inspire a generation and make prolific social changes as a philanthropist and political activist. An inspiring and influential public speaker, he speaks on a range of topics and uses his vast personal experiences to both provoke and motivate his audience. Bob is internationally recognised as a leading authority on world politics, international and current affairs, music, humanitarian issues, philanthropy, poverty, human rights, and Africa. Of himself, Bob says he is – a musician. 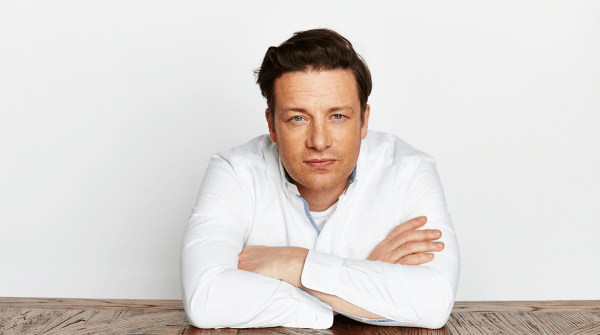 Jamie is a global phenomenon in food and campaigning. During a 20-year TV and publishing career he’s sold over 47 million books worldwide and achieved an estimated global TV Audience reach of 67 million across 182 territories. Not only that, but his online content across multiple digital platforms also inspires people daily, with over 7.2 million page likes on Facebook alone. As a result, Jamie has encouraged millions of people to enjoy cooking fresh, delicious food from scratch.

Through his organisation, Jamie has set an ambitious goal to halve the level of UK childhood obesity by 2030 and improve everyone’s health and happiness through food. Over the years, Jamie’s campaigns have revolutionised the way people feed themselves and their families and galvanised governments and industry to drive positive change in food education and public health. His latest book, One, will be available later this year.

Akala has also featured on numerous TV programmes and fronted documentaries across Channel 4, ITV2, MTV, Sky Arts and the BBC promoting his music, poetry as well as speaking on wide-ranging subjects from music, youth engagement, British / African-Caribbean culture and the arts as a whole. 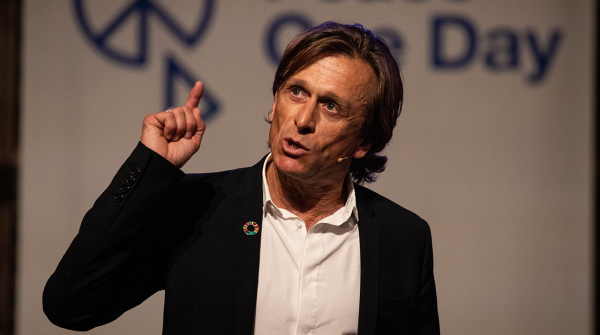 After a successful career acting in film and television, Jeremy began making films in 1995 and in 1999 founded the non-profit organisation Peace One Day to document his efforts to establish the first ever annual day of global ceasefire and non-violence with a fixed date. Peace One Day’s objective is to institutionalise Peace Day making it a day that is self-sustaining, an annual day of global unity, a day of intercultural cooperation on a scale that humanity has never known. Jeremy is available to speak on a number of topics, including social and humanitarian issues, entrepreneurship; motivation, leadership and team building; world affairs as well as overcoming adversity. 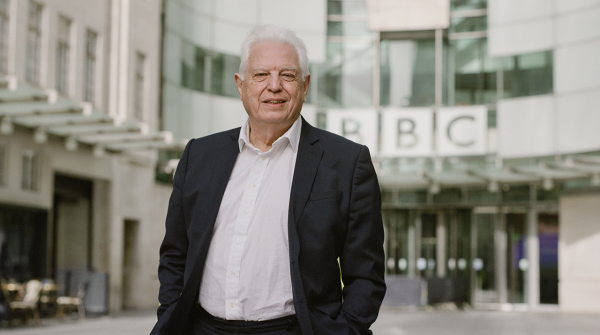 John Simpson, the BBC’s World Affairs Editor, is a household name and the most distinguished foreign correspondent of the age. Recognised as the “David Attenborough” of news, John is a multi-award winning, veteran news broadcaster (and accomplished author) who has covered almost every major event of the world from the 1960s to the present day.

His seminal reports on the big moments of recent history make up an illustrious list to include the Iranian Revolution, the First and Second Gulf Wars, the Fall of the Soviet Union and the Berlin Wall, the end of Apartheid in South Africa, the Genocide in Rwanda, the wars in the former Yugoslavia and the Tiananmen Square massacre in Beijing.