Lowkey is a British-Iraqi Hip-hop artist, campaigner and playwright who has appeared on BBC TV and Radio, Channel 4, ITV, Al Jazeera, MTV BASE, SBTV and Novara Media. He has written for the Guardian and Ceasefire Magazine.

His critically acclaimed music has received millions of streams on Spotify, sold over 25k albums digitally and garnered over 45 million YouTube views. His independently released album Soundtrack to the Struggle (2011) charted #6 in the UK RnB chart, #9 in the UK Indie chart, #14 in the UK Download chart and #57 in the UK Albums chart. He has worked with Immortal Technique, Wretch 32, Akala, Dead Prez and The Outlawz. He is part of the super group Mongrel alongside members of the Arctic Monkeys, Babyshambles and Reverend and the Makers. The band released their album Better than Heavy in tandem with the Independent newspaper. The band were invited to Venezuela by then President Hugo Chavez, with Lowkey eventually travelling to Caracas and performing at the Community of Latin American States and Caribbean States (CELAC) celebration in 2011.

Lowkey has been lauded in the Houses of Parliament by the MP for Kensington, Emma Dent Coad as a “poet laureate for Grenfell Tower.” This praise was in recognition of his release Ghosts of Grenfell, which featured on BBC Radio 4’s World at One and enjoyed public support from Russell Brand, Frankie Boyle, Lilly Allen and JME. His community work around the Grenfell fire led to his recent appointment as director of performing arts for the Kids on The Green charity, assisting rehabilitation of children in the area.

Lowkey is a patron of the Palestine Solidarity Campaign and an active supporter of Stop the War Coalition. He accompanied George Galloway on his siege breaking Viva Palestina convoy bringing aid to Gaza in 2009.

He has also lectured alongside academic Norman Finkelstein during their tour of universities in the United States in 2010 to mark the release of his book, This Time We Went Too Far.

Lowkey was commissioned by Theatre Royal, Bath to write a Hip Hop version of Shakespeare’s Macbeth, which was performed there and was also performed as part of the Edinburgh Festival. 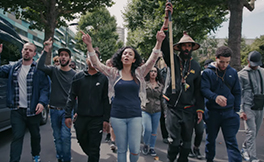 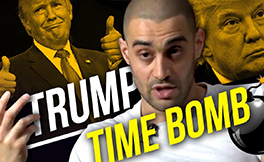