As one of the most renowned figures and prolific writers in the aviation security industry, Philip Baum has been a champion of non-racial passenger profiling and taking a more common sense approach to security screening.  He has openly condemned the ‘security theatre’ and over-reliance on technology to identify threats. This behavioural analysis-based approach to security – entitled T.R.A.P. (Tactical Risk Analysis of People) – has now been developed for other industries and is in use at sports stadia, shopping malls, tourist attractions and governmental buildings around the globe.

Philip started his career with Trans World Airlines’ (TWA) security subsidiary, working his way up the ladder as part of their Heathrow operation. Following this, he moved to the international division’s HQ, becoming a trainer and auditor. By the time he left TWA, he was Manager of Security Training and Auditing (International Operations). In 1996, he established a security training and consultancy company – Green Light Ltd.

He regularly acts as a consultant to the International Air Transport Association (IATA) and is frequently asked to chair and moderate panel discussions and speak at conferences by leading industry associations – including the International Civil Aviation Organisation (ICAO).  He is also the Editor of Aviation Security International, the industry’s trade journal.

His book ‘Violence in the Skies: a history of aircraft hijacking and bombing’ was published in 2016.

As a result of his encyclopaedic knowledge of attacks and disruption to aviation, including everything from terrorist attacks to disruptive passengers, he regularly appears on BBC, CNN and Sky and news, particularly in the aftermath of attacks, and is widely quoted in the international media for his expertise. Following the disappearance of Flight MH370, Philip was called upon time and time again to give an expert opinion on the situation, and during the 2020 Covid-19 pandemic Philip was a vocal opponent of using security staff to effect health checks. 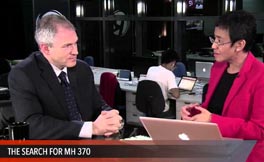 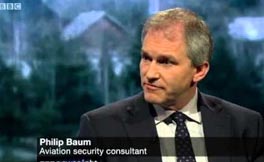