Wired magazine may have put it best: “As astronomers go, RayJay is a rock star.” And for good reason – a graduate of Yale and Harvard, Professor Ray Jayawardhana uses the world’s largest telescopes to explore planets beyond our solar system and prospects for life in the universe. His discoveries have made headlines worldwide, and led to international recognition and accolades. Through engaging writing, frequent media appearances and thought-provoking talks, he shares the adventures of far-flung exploration and brings the science of the cosmos down to earth for a variety of audiences.

Currently, Ray is the Dean of Arts and Sciences and Professor of Astronomy at Cornell University. Asteroid (4668) Rayjay is named after him.

With more than 120 scientific papers to his credit, Ray and his collaborators have advanced our understanding of planetary origins and diversity as well as the formation of stars and brown dwarfs.

Ray is also the author of three popular science books and a forthcoming children’s book. His book Strange New Worlds was the basis of “The Planet Hunters” television documentary on the CBC, while Neutrino Hunters won the CSWA Science in Society Book Award.

He has also written over 120 articles for The Economist, op-ed pages of New York Times and Wall Street Journal, Washington Post, The Atlantic, Boston Globe, Scientific American, Muse, and more.

An avid traveler, he has camped out for five-and-half weeks on Antarctic ice, survived a terrifying off-road trek to watch a solar eclipse in Mongolia, sailed along the west coast of Svalbard with artists, crawled through a stope in a South African mine, and experienced zero gravity aboard a parabola-hopping airplane. Ray’s adventures have taken him to more than 55 countries, all seven continents, and the Arctic.

Ray’s newest book, Child of The Universe was published in 2020. This gorgeously illustrated picture book shares the immensity of a parent’s love along with the message that we are all connected to the broader cosmos in important and intimate ways.

A lively, entertaining and inspiring performer, Ray has spoken at universities, libraries and museums as well as cruises, corporate venues and professional gatherings. 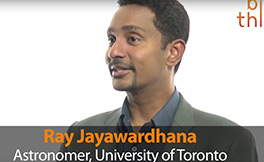 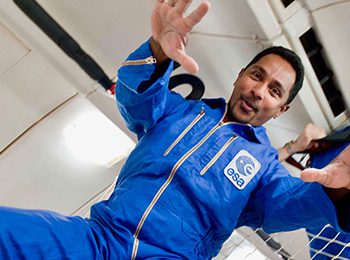 "Jayawardhana tells a whopping good ghost story... Beautifully written, Neutrino Hunters paints a vivid portrait of this new astronomy for the twenty-first century and the fascinating scientists who put it into place."

"With his typical blend of scientific insight and storytelling verve, Jayawardhana vividly, colorfully, and humorously captures the often offbeat characters who, over the past century, have pursued one of the most elusive—and significant—mysteries in the history of physics."

Richard Panek, author of The 4% Universe

"Jayawardhana brings the latest cutting-edge science to all those astounding science-fictional visions of alien worlds, showing us that the universe is every bit as exciting as the masters of science fiction have always claimed."

"Ray Jayawardhana, an astrophysicist and writer, vividly recounts the advances behind an extraordinary age of exploration." 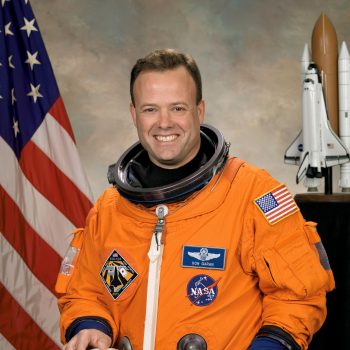