With series 16 of Strictly Come Dancing officially underway, excited dance floor fans are again finding themselves glued to their TVs every weekend. Every year, the BBC can rely on swathes of regular viewers to enjoy the competition, in fact, the 22nd September live show premier numbered a huge 10 million viewers, trouncing ITV’s rival show The X Factor.

The return of Strictly brings up a few talking points, and we’re going to examine some of the most interesting ones in this article.

One thing you can count on each year is a lineup of celebrities raring to get on the floor and attempt to strut their stuff. The popularity of Strictly is inarguable, but it’s also common knowledge that some celebs are put under much more scrutiny than others. There’s an expectation on the viewers’ part, and casting for each series has to meet a certain criteria – the common ‘roles’ need to be fulfilled. But this year’s lineup was at first criticised for including contestants that ‘weren’t famous enough’.
YouTuber Joe Sugg came under fire for his inclusion in particular. He holds an immense online and social following through YouTube, but transitioning to becoming a household, ‘mainstream’ name is huge challenge.

With this in mind, does a contestant need to have reached a previous level of fame to be included in Strictly? Involvement depends on the reasons for doing Strictly in the first place.

Why do celebrities do it?

There are many reasons why a celebrity would be open to doing Strictly. Most obvious, the sheer number of eyes and level of publicity available is good for just about anyone. But there are two main approaches we want to look at: launch and relaunch.

For young, new faces, Strictly presents a priceless opportunity. Putting yourself out there on one of the UK’s biggest reality TV shows will undoubtedly help to raise your celebrity profile. If someone isn’t ‘famous’ when they join Strictly, you can bet they will be once their part in the show is over.
In fact, launching a career by letting viewers get such a personal look into your life and your personality is an effective way of building a strong connection to an audience – or future fan base. The audience gets to know contestants episode by episode, and initial misconceptions will be chipped away as the bonds between contestants – and the audience – grow stronger.

Conversely, a stint on Strictly can also help to rejuvenate or relaunch a career. Yet, more interesting, is the ability for celebrities to transition and adapt through their appearances on the dancefloor; to change public opinion and publicise another facet of themselves – leading to new opportunities in the future.

Some contestants come from backgrounds which instantly put the audience against them – politicians are the easiest target – but through a string of tenacious performances, a contestant can turn the tide and endear an audience to them. This, in turn, can breath new life into a career, changing the focus and direction and, ultimately, that individual’s legacy.

Why does the public love Strictly?

While primarily a dancing competition, footwork prowess often takes a back seat to the constant popularity back-and-forth. Instead of balking at inelegant dancers with two left feet, we revel in their tenacious performances. The UK loves an underdog, and the setup of Strictly harbours that love to a fever pitch. We’ve seen Ann Widdecombe, Ed Balls and John Sergeant be universally backed for their unique displays, creating some of the most fascinating week-to-week reality TV stories in recent memory.

But not only is the underdog appeal so strong, it’s also the fact that we get to see the contestants up close and personal. You gain a strong understanding of a person’s character by checking in every week, and it’s this point which is key for celebrities looking to either build a career or lengthen one on the back of the show.

This is also true of the professional dancers of the show. The audience has garnered a great respect and love for Anton Du Beke, after his tendency to be lumped with ‘dud’ dance partners. His patience, self awareness and ability to adapt bridges that connection between him, the audience and his unlikely companions.

Every couple undergoes a dramatic journey in a Strictly season, and so does the audience. While entertaining, the show is also inspiring. Of course, it’s awe inspiring to see a master at work, but we also love to see someone start from the bottom and later become king or queen of the ballroom. Contestants can come out the other end with a lesson learned and a whole new range of opportunities to pursue.

We see this all the time in the celebrity world. Talent will transition from one line of work to another, picking up skills and recognition that their fans – and their detractors – would not expect. Strictly Come Dancing, in essence, is another means for a celebrity to diversify themselves, their experience and their worldview.

We’ve seen sports personalities, politicians, vloggers, singers, TV stars, journalists and more bring their routines to the ballroom, and this is not dissimilar to when celebrities, after gaining a plethora of experience and communicable knowledge, add to their repertoire through speaking engagements and public campaigns. They connect to new audiences in fresh, exciting ways, and this natural extension of a career is something that can really set talent apart – and cement their legacies.

Kruger Cowne is home to some of the world’s most diverse talent – both new and old. Our wide range of celebrity speakers bring a wealth of experience and insight to a range of events, be it public, corporate or private. We also have talent perfectly suited to act as brand ambassadors, provide media training and HR support, make public appearances and offer insightful and valuable corporate advice. If you’d like to enquire about hiring a Kruger Cowne talent for your event, to perform a talk, or to work with your brand, get in touch with our knowledgeable team today. 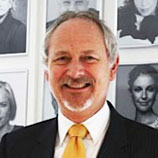