Home » Latest News » The Latest From Our Literary Agency 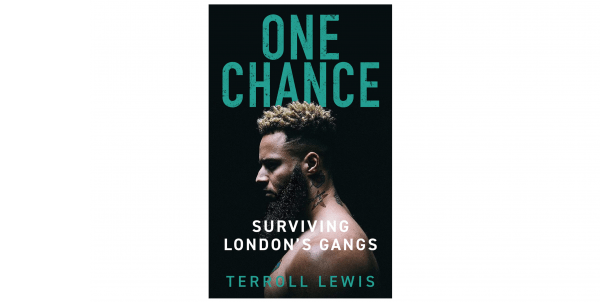 ‘It’d be easy for me to go back to my old life, but I know where that old life leads you. You’re either behind prison bars or six feet underground.’

Terroll Lewis has lived a crazy life. Growing up on Brixton’s Myatt’s Field estate, he was surrounded by gang culture, and like so many other young people, he found it hard to resist the lifestyle. By the time he was 15, he had already joined a gang, been stabbed, shot at, and was selling drugs.

A chance to play professional football offered a way out, but the lure of an easier life – the promise of girls, money, and cars – led him back to South London and the notorious OC, or Organised Crime, gang.

Violence and drug dealing were the norm in OC, but Terroll has long since turned his back on this world, though the association with OC endures through the ink on his skin.

These days Terroll’s giving something back; Block Workout, a street-gym he founded in his old neighbourhood, gives young men an opportunity to follow a different road to the one he took during his adolescence – and the chance to live a better life.

The Almanac: A Seasonal Guide to 2021

Welcome to The Almanac: A Seasonal Guide to 2021.

The Almanac is about celebrating the unfolding year in all its various facets. The old dependables which I include every year are back: moon phases, sun rises and sets, tide time tables and the sky at night. As ever there are seasonal recipes and monthly gardening tips for the flower and vegetable garden too, as well as a bit of folklore, and nature and a song for each month.

“This year’s edition has a theme: movement, migration and pilgrimage. This was not a reaction to the unsettling events of last year – it was half written by the time Covid-19 hit – but writing it from lockdown did give me a heightened appreciation of the way in which Britain and Ireland have always and continue to be places of movement, and are intimately connected to the rest of the world. You will find within this book migration tales for each month of this year, but I have also searched out seasonal tales of human movement, and included a pilgrimage for each month, some ancient, some current, all underlining the spiritual benefits of putting one foot in front of the other. Every month I have included a method of navigating using the stars, sun or moon, so you can find your way around in the dark (or just look out of your window and know where south is). And our monthly folk songs are all shanties this year, work songs with movement at their very heart, created to coordinate muscle power to drive sailing ships backwards and forwards across the Atlantic Ocean, and containing influences from the eastern seaboard of the US down to the Caribbean and beyond mixed with British and Irish folk traditions. These songs are stitched through with movement and travel, as is this Almanac.”

To be a Gay Man

In To Be a Gay Man, Will Young speaks out about gay shame, revealing the impact it had on his own life, how he learned to deal with it, and how he can now truthfully say he is gay and happy.

We know Will as a multi-platinum recording artist, Olivier-nominee, and the first winner of the Idol franchise. But his story began long before his first audition. Looking back on a world where growing up being called gay was the ultimate insult and coming out after a lifetime of hiding his sexuality, Will explores the long-lasting impact repressing his true self has had.

As Will’s own story demonstrates, internalised shame in childhood increases the risk of developing low self-worth, and even self-disgust, leading to destructive behaviours in adult life.

Will revisits the darkest extremes he has been to, sharing his vulnerabilities, his regrets, tracing his own navigation through it all and showing the way for others who might have felt alone in the same experience.

The Real Crown Jewels of England: 100 Places That Make Us Great 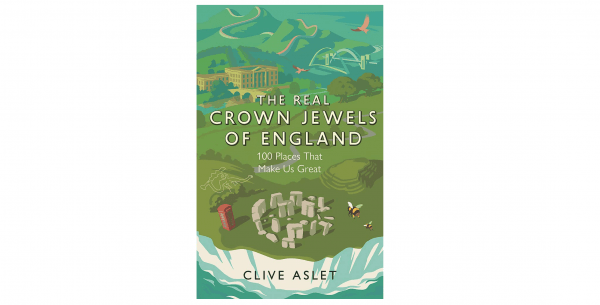 In this delightful celebration of the real crown jewels of England, Clive Aslet takes us on a journey of 100 places that make our country great. From ancient oaks and Devon lanes to war memorials and the BBC, the white cliffs of Dover to views of Durham from the train, Aslet lovingly captures the magic of the places that underpin our national identity.

The Real Crown Jewels of England is both an invitation to rejoice in our common heritage, and to discover the world of astonishing beauty that lies just beyond your doorstep.

The War Against the BBC: How an Unprecedented Combination of Hostile Forces Is Destroying Britain’s Greatest Cultural Institution… And Why You Should Care

The BBC is a central part of British life, shared culture and international standing. It is the British public’s most important and trusted news provider in a world of global fake news; a hugely popular, low-cost source of universally available information, education and entertainment – watched and listened to by most people for at least a couple of hours every day, despite stiff competition; and the crown jewel of the UK’s global reputation.

But the BBC is in peril as never before in its long history. It faces ever-increasing competition and threats from new technology and consumption trends. It suffers relentless attacks from a range of hostile players motivated by their own political and commercial interests. And it faces deep funding cuts. These pressures may even destroy it within a generation. We must not end up recognising what its value was only when it’s gone.

If the BBC is destroyed it will be almost impossible to rebuild it. This book is a powerful wake-up call to halt the destruction of one of our greatest assets, built up over almost a century, before it’s too late.