Astronomy Day is a world-wide event observed each spring and autumn. With this educational day fast approaching (April 21st), we would like to celebrate two of our inspirational clients. Both are leaders in the field of astronomy, as well as fascinating and insightful speakers.

Lord Martin Rees KBE is one of the world’s most brilliant men who as an eminent astrophysicist and Astronomer Royal since 1995 is continually examining the future of humanity – and the cosmos. He has conducted influential theoretical work on subjects as diverse as black hole formation and extragalactic radio sources.  Much of his most valuable research has focused on the end of the so-called cosmic dark ages — a period shortly after the Big Bang when the Universe was as yet without light sources. Lord Rees holds dozens of honorary degrees from the great universities of the world, including Cambridge, Oxford, Harvard, Princeton and Yale. He writes, and broadcasts extensively to wide audiences and is the author of more than 500 research papers on cosmological topics ranging from black holes and quantum physics to the Big Bang Theory.

“His profound scientific understanding combined with his deep caring for Earth and humanity make him a speaker not to miss.” – Carl Sagan Institute

Ray uses the world’s largest telescopes to explore planets beyond our solar system and prospects for life in the universe. His discoveries have made headlines worldwide, and led to international recognition and accolades. Through engaging writing, frequent media appearances and thought-provoking talks, he shares the adventures of far-flung exploration and brings the science of the cosmos down to earth for a variety of audiences. He has also written over 120 articles for The Economist, op-ed pages of New York Times and Wall Street Journal, Washington Post, The Atlantic and more. A lively, entertaining and inspiring performer, Ray has spoken at universities, libraries and museums as well as cruises, corporate venues and professional gatherings.

“As astronomers go, RayJay is a rock star.” – Wired Magazine

Click below to enquire about booking Lord Martin Rees, Ray Jayawardhana or any other of our iconic speakers. 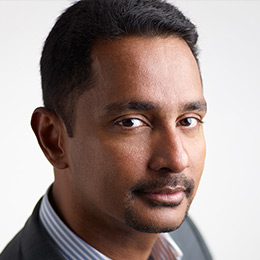 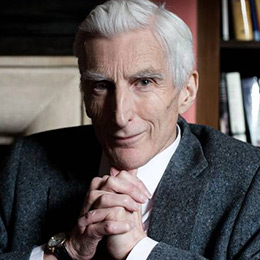